A Sky Full Of Stars For A Roof 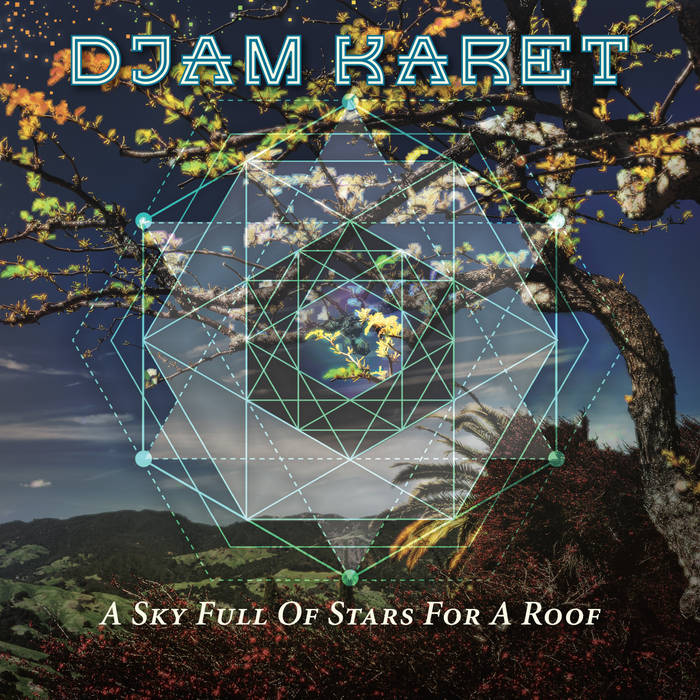 And yes, in my case, "America's greatest undiscovered band" fits a 100 percent. They have been around for more than 30 years and this is our first encounter... Unbelievable! Favorite track: Beyond The Frontier.

Nick Bradey Great album - up to the usual high standards!
Hope to get the free downloads soon !
Downloads arrived as promised ! Great stuff - useful to compare all three downloads . Favorite track: Beyond The Frontier.

lperezdancer I've been a fan since the 80s. These guys just keep getting better!

Djam Karet have just finished recording their 19th album, titled “A Sky Full of Stars for a Roof”. The group was formed back in 1984, and this is a celebration of the band’s 35 years together. Featuring all four original members of the group, this is their most melodic and acoustic album so far. Combining analog and modular synthesizers with numerous acoustic instruments from around the world, Djam Karet is exploring new territory on this psychedelic journey of discovery. Harmonium, dilruba, mbira, udu and other exotic instruments, help bring a warm vibe to this highly melodic and visionary work. Swirling electronic soundscapes expand to reveal new acoustic environments of exotic goodness. In order to maintain a more lively and dynamic sound, no compression was used in the mixing of this album.

Djam Karet’s Chuck Oken, jr. described the Companion Re-Mix layer project saying “We were talking about the new album, and we thought it would be interesting to hear a layer of one of the songs with most of the electronic synthesizers removed, in order to create an increased focus on the remaining acoustic instruments. When we listened back, we really liked what we heard, and so we applied that concept to the whole record, resulting in the new Re-Mix album titled “The Crows of Dust Fall at Night”. This album has an even stronger Cinematic and Soundtrack feel to it. Strange and unusual, this unique album is filled with wondrous tones and strange visions, and is a real treat for the ears. And because of the success of that project, we decided to make another Re-Mix layer titled “Beyond The Long Twilight” where we removed all of the acoustic instruments and drums & bass, creating a greater focus on the remaining synthesizers and electronic elements of our album.

Featured guest musicians include Willie Nelson’s son Micah Nelson (from Neil Young’s band) on charango, Todd Montgomery (Fernwood) on sitar, Mark Cook (Herd Of Instinct) on fretless guitar and bass, and others. With a sound that is a blend of West Coast Psychedelic music, UK Canterbury, and 1970’s Progressive music … this new album is sure to become a fan favorite!

Djam Karet was founded in 1984, and continue making new music even to this day. So far, they have released 19 full-length albums, including the newest release "A Sky Full Of Stars For A Roof" (as well as 31 minor releases, EPs and compilations). The California-based instrumental group has often been called America's greatest undiscovered band. Discover for yourself the music that is Djam Karet. ... more

Bandcamp Daily  your guide to the world of Bandcamp